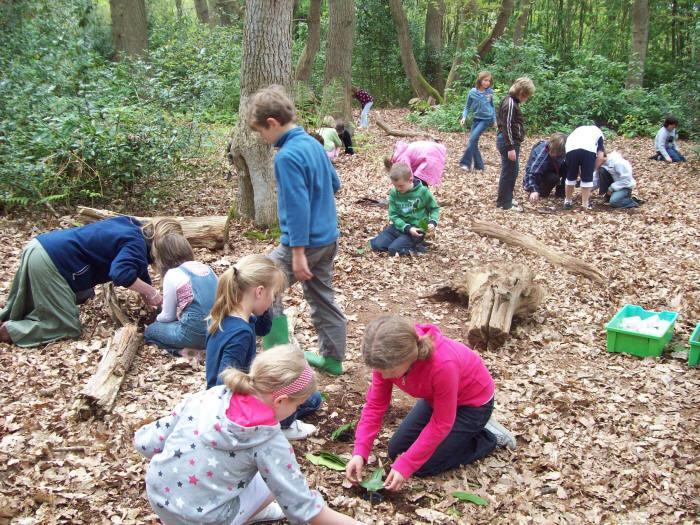 After arriving, settling in and unpacking, the children had a wonderful day, setting pitfall traps, examining the traps under microscopes, playing volleyball and having a picnic lunch.

Day 2 dawned bright and early! Breakfast included porridge and boiled eggs and for some, several bowls of cereal! Then we were outside for ‘Life Under The leaves’. We collected the pitfall traps we set up yesterday and then back in the big lab we looked at the contents under microscopes. Earlier we had to predict whether we would find more scavengers, herbivores or carnivores in our traps. After we collected our pots, we examined the contents carefully, counted up the results and drew graphs to show our findings. Finally, we thought about our results and came up with some ideas to explain why we got these particular results; for example, why didn’t we find any herbivores in our pitfall traps?

The weather was so beautifully warm and sunny we had a picnic lunch on the front lawn.

The afternoon activity was called ‘Now Get Out Of That!’ There were five separate teambuilding activities called ‘Thunderstorm Approaching’, ‘Wheelbarrow Wobble’, ‘Nuclear Fishing’, ‘Shepherds and Sheep’ and ‘Rising Flood’. The afternoon was a huge success and the children excelled 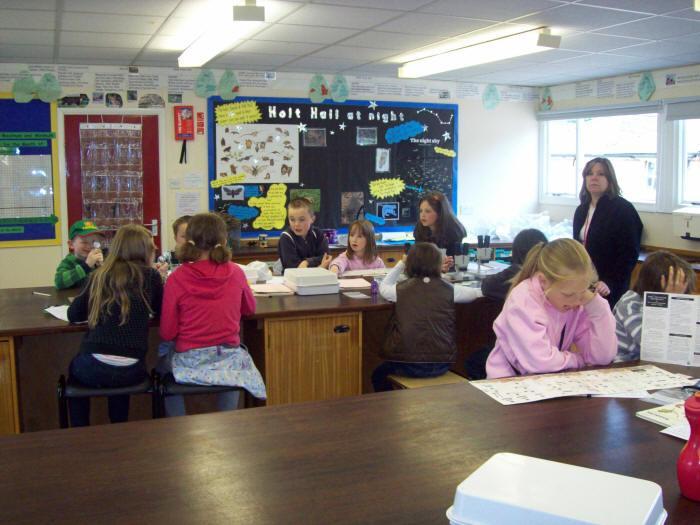 themselves! They proved themselves to be very inventive and team morale was high. One team started each activity with a team hug!

After dinner in free team, a football match took place between KSJ and the other school staying at Holt Hall. We were winning then the other school drew level but even though they were slightly older some of us were determined not to let them win. We had cheer leaders too and when we scored the winning goal, we might have been at Wembley!!!

To finish the day, we went on a bat walk. The other school hadn’t heard any bats on their walk the previous night, so expectations were low. Especially as we were still so excited about winning the football we were quite noisy but suddenly by the lake Joshua and Elicia heard something on the bat detector, so we all went silent and then suddenly there were several bats skimming overhead and then over the lake. It was amazing!!! Back indoors, we just had time for a hot chocolate and then off to bed. 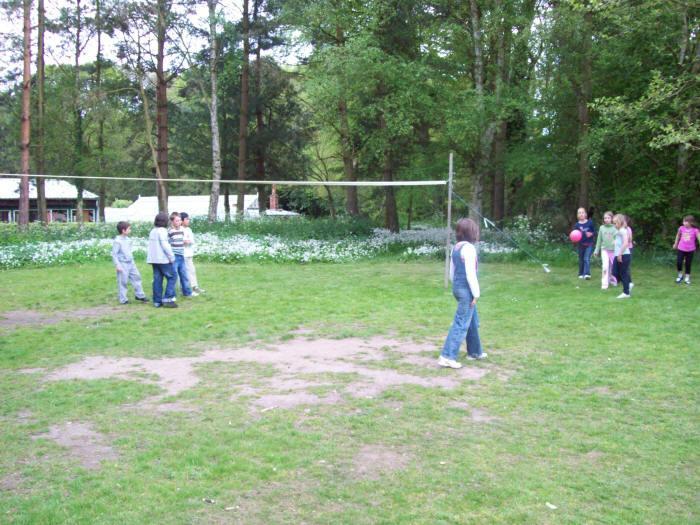 Not such an early start today! After bacon butties for breakfast and singing ‘Happy Birthday’ to Sam, we were outside for orienteering. It was raining slightly at first so we wore wellies and wet tops. The final challenge of the morning was to collect the codes written on posts hidden around the grounds. We worked in small teams and it was good fun.

We had lunch at Holt Hall for the last time and then it was 2pm and we had to leave. Fortunately the traffic was not too heavy and we arrived back at school slightly early, rather tired but we all agreed it had been a fantastic residential!