The children have been learning about the Anglo-Saxons and the Vikings in their Topic work. When the children first arrived at West Stow, they were shown around the marvellous museum and were able to try on Anglo-Saxon costumes! An expert from the museum also showed the children some interesting artefacts from Anglo-Saxon times. 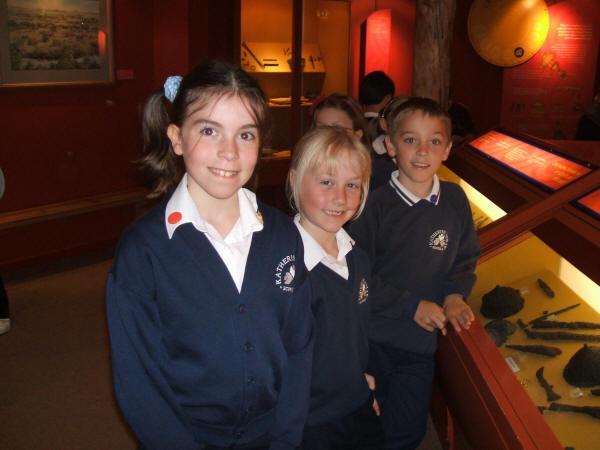 After a delicious lunch (in the sunshine!), the children were given a tour of the Anglo-Saxon village. The children were able to imagine just how life would have been for their ancestors. Although it rained during the afternoon, this did not spoil the day! We all gathered in the ‘Anglo Saxon town hall’ and enjoyed singing around the fire – it felt as if we really had stepped back into history!