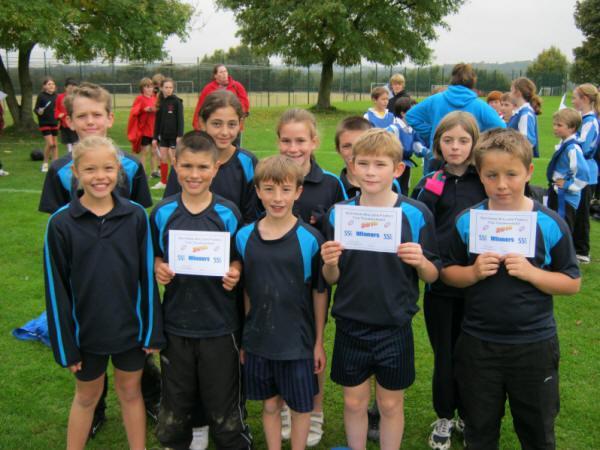 On Friday 15th October, Year 6 (and a few year 5s) walked to the County High School to compete in a Tag Rugby competition. 62 children were split into 7 teams, who played in different leagues.

Our top team, apart from one draw, won all their matches, and won the league. Other teams performed very well too, missing out on the certificates by goal difference alone.

Team 2 won 2 and lost one match, putting them in second place. Team 3 won 2 and drew one, putting them joint top, but unfortunately they didn't have the bigger goal difference.

The Year 5 team, in league 4 came 3rd overall out of 8 teams. As they were playing against Year 6 teams, it is a great achievement.

This means that the top team qualifies for the Partnership finals. Unfortunately, we're in York that week, so will be unable to send the team.