During the celebration assembly on Thursday 1st April, awards were given to the children who have attended every day of the Spring term without being off ill. They have never been later either. Well done to all of them, 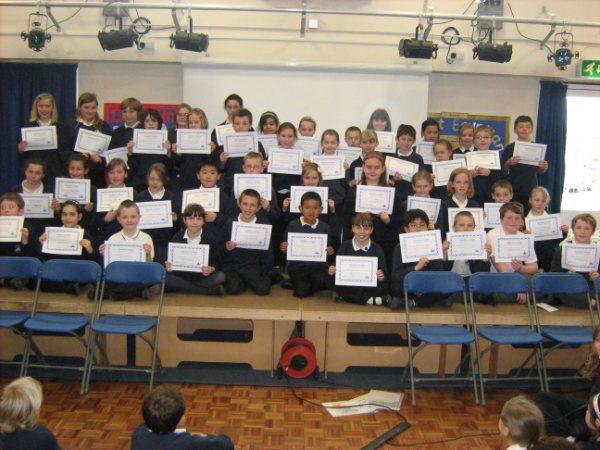 The total number of House Points collected during the Spring term were also counted. Beech won, by a narrow margin. The photo below shows the house captains holding the shield. Who will win in the Summer term? 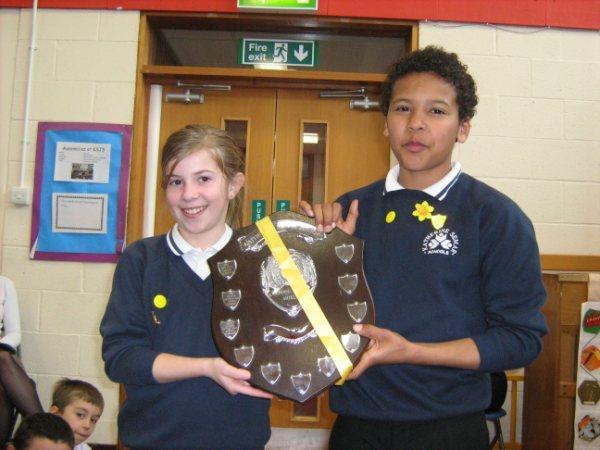